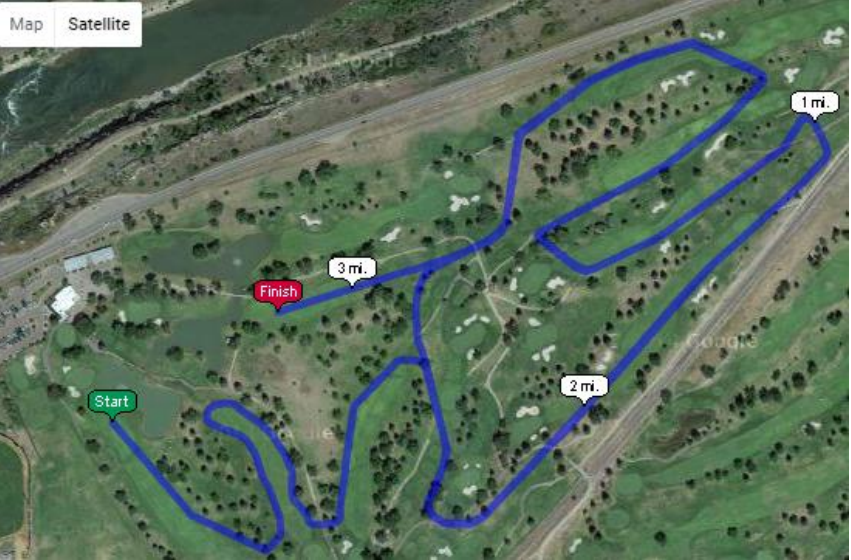 COURSE:
Times will be given at both the 1 mile and 2 mile mark.
There will be a holding pen for the Top 15 finishers.

COURSE PREVIEW: The course will be able to be walked beginning at 4:00 on Friday,
October 23 and closing at 6:00. It will also be available Saturday morning from 9:30-10:30
before the race. In the event there is frost on the course on that morning, we may delay access
until the frost dissipates. Runners are not allowed on the course while races are in progress.

UNIFORMS: Rule 9, Section 6, articles 1-2-3-4-5-6 and 7 will be followed. Numbers assigned
to each runner should be securely fastened to the front of their shirts.

JEWELRY: No Jewelry will be allowed on competitors. Watches are not considered jewelry
and a participant may wear only one watch during the competition. The watch must be
unadorned and may be worn only on the wrist. GPS watches will not be allowed.

DRESSING ROOMS: Dressing room facilities and showersGreat Falls High 1900 5th ave
south enter lower level.. Towels will not be provided. Please call in advance of arrival if you
are intending on using the locker rooms by Wednesday, October 21st at 268-6082. No items
should be left behind in the locker rooms. They will not be secured.

DISQUALIFICATION: A runner may be disqualified for failure to follow Rule 9
(Competitors Uniform), Section 6, articles 1-2-3-4-5-6 and 7 and according to Rule 9 Section 7,
Articles 1-5 of the 2014 NFHS Track and Field/Cross country rulebook.

CHUTE: A chute will be used at the finish to facilitate recording of the contestants as they
cross the finish line. The first 15 runners in each race will be directed to a holding pen prior to
the individual awards. Runners should have their chips removed by chute volunteers before
leaving the finish chute.

AWARDS: A trophy will be awarded to the first three team winners. Individual awards will be
given to the first fifteen runners in each race. The team members of the winning team will
receive medals.

TEAM TENTS: Team tents will only be allowed on the driving range.

PARKING: Limited parking will be available at the golf course parking lot. No parking will
be available in the Golf Course Parking Lot for busses. Three places to park your bus are at
park in the softball complex parking lot southwest of the Golf Course, access on 38th street,
second spot is between 38 and 41st street on Central Ave between East Middle school and
Lewis and clark and th 3rd spot in the parking lot behind Paris Learning center on 2th
street and central ave
Start a new topic

To get the full depth of our meet coverage, become PRO!